THE OFFICIAL WEBSITE OF MUNICIPALITY OF SAN MANUEL TARLAC 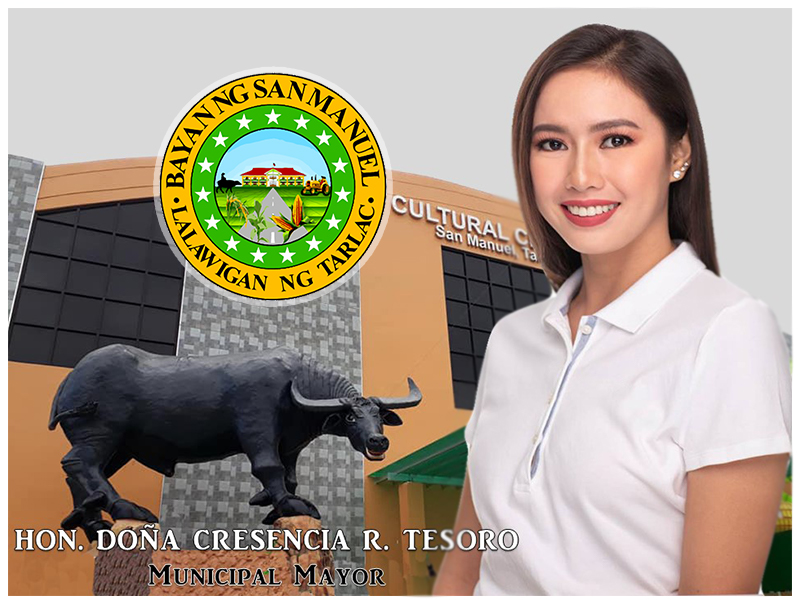 Mayor Doña Cresencia R. Tesoro was born on April 5, 1991 to Mayor Benjamin D. Tesoro and Cresencia Reyes, she started her Political Career as a Councilor (2013-2016) and Vice Mayor (2016-2019) and became the Mayor of San Manuel, Tarlac (2019 to Present). She is one of the youngest in the Philippines to get that post.

Mayor Donya finished her High School Education at the OB Montessori Center, Inc. Greenhills (2004-2008) and graduated with a degree of Bachelor of Arts in Communication at Miriam College (2008-2012) and consequently got her Master in Public Management at the Ateneo De Manila University (2016-2018).

Mayor Donya is also the youngest and first woman to lead the town, she already did extraordinary accomplishments during her first term in office. Her experiences as Municipal Councilor and Municipal Vice Mayor were substantial in her task as the Local Chief Executive, she is continuing to bring about change in terms of economic development and stability of the town and there is no doubt that her vision will catapult her beloved town to greater heights.

Powered by: Simworks IT Solutions